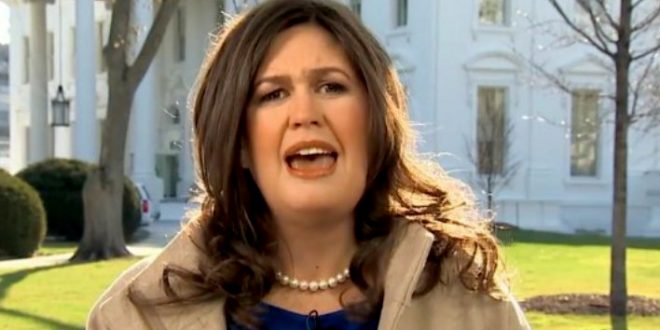 White House: Donald Trump Is Totally Not A Compulsive Lying Liar Who Lies Nonstop From His Lying Lie Hole

White House spokeswoman Sarah Huckabee Sanders said Thursday that President Trump is “not a liar” hours after ousted FBI Director James Comey said the president had lied about the FBI. “I can definitively say the president is not a liar,” Sanders told reporters during an off-camera briefing at the White House. “I think it is frankly insulting that question would be asked.” Sanders also would not say whether the White House has a taping system that might have recorded Trump’s talks with Comey. “I have no idea,” she said.