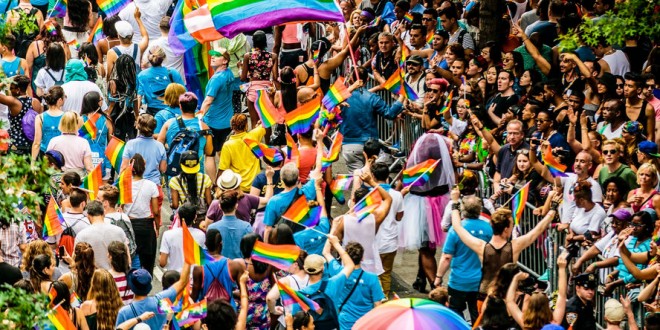 Gentle readers, I’m rerunning my annual Pride rant for the thirteenth year. I wrote this post in 2005 a couple of days after attending Pride in NYC. In the following years I’ve reposted it in advance of Pride in the hope of encouraging you to attend your local events. Have a wonderful Pride Month. Love each other.

What DOES happen, is that Pride parades, at least in the big cities, have become nothing more significant to straight America than an annual traffic nightmare. As a tool of the gay movement, the Pride parade is now merely a walking photo op for politicians and perhaps not much more. A couple of years ago, the ultimate arbiter of America’s cultural zeitgeist, The Simpsons, made note of this:

(The gay pride parade is going past the Simpson house.)

Chanting marchers: “We’re here! We’re queer! Get used to it!”

Lisa Simpson: “You do this every year. We ARE used to it.”