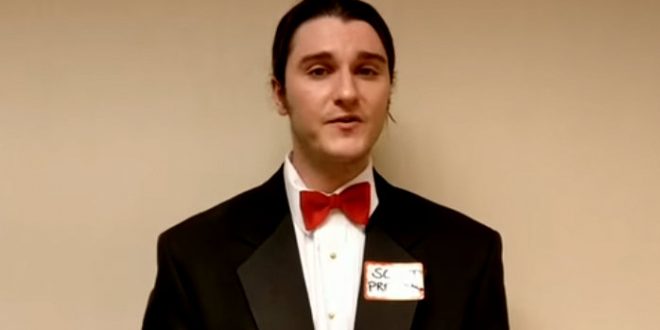 Hampton Roads Pride’s estimated 30,000 guests to their annual LGBTQ pride festival this weekend will be greeted by a booth from a group of gay folks who support President Trump. The group in question, Gays for Trump, was largely spearheaded by a 757 local, Scott Presler, who worked for the Trump campaign under gubernatorial failure and Confederate Flag fetishist Corey Stewart until they led a protest at the Republican National Committee headquarters in DC prompting Trump to fire him. Presler most recently spoke at and organized an anti-Muslim rally at Virginia Beach’s Mt. Trashmore earlier this month.

Presler’s name is listed on an Eventbright listing for the Gays for Trump event at HR Pride this weekend. A statement sent to GayRVA from Michael Berlucchi, HR Pride’s Board President, said Gays for Trump submitted an application and was approved “in accordance with our standard polices and procedures.” “Hampton Roads Pride has a longstanding practice of welcoming many different political and community organizations to PrideFest,” read the statement. “We value our nation’s freedoms and tradition of protecting speech and the rights of individuals and organizations to express ideas.”

Presler last appeared on JMG when he canceled an anti-Muslim rally in Portland, Oregon after he accused the mayor of having endangered his group by denouncing the event.

NOTE: Presler’s pro-Trump group is separate from the group that last week was denied participation in Charlotte Pride.