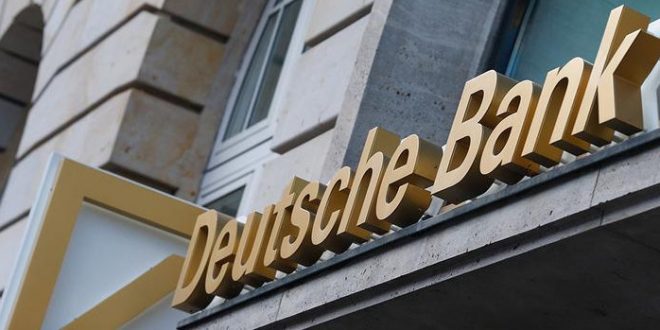 Financial disclosure documents released Friday by the Office of Government Ethics shed new light on President Trump’s finances, even as he refuses to release his tax returns. The documents show that Trump owes hundreds of millions of dollars to major financial institutions — some with business before Trump’s administration.

According to section 8 of the disclosure documents, Trump lists liabilities with 10 creditors. The minimum amount he owes is $315 million. Based on the maximum amounts listed, he could owe more than half a billion dollars to the creditors. Among Trump’s largest creditors is Deutsche Bank, which has faced requests from Democrats to explain its lending to Trump. Deutsche Bank earlier this month rejected that request.

According to lobbying records, Deutsche Bank in 2017 has been pressing federal officials on “issues related to Dodd-Frank Act reform” and “issues related to the regulation of foreign banks.” Trump has pushed to repeal key portions of the Dodd-Frank legislation that was passed in the wake of the 2008 financial crisis.

The Trump-branded hotel blocks from the White House has quickly generated almost $20 million of income for the Trump Organization while Mar-A-Lago, the private club used as a “Southern White House,” has seen profits climb nearly 25 percent — figures that are sure to fuel ethics advocates’ charges that Donald Trump is profiting off the presidency.

Trump’s 98-page financial disclosure was released unexpectedly late Friday by the Office of Government Ethics, almost a year before required and with no initial comment or explanation from the White House.

The disclosure document was actually signed Wednesday by the president but released late Friday by the Office of Government Ethics. It shows Trump has “resigned” his participation in 565 companies, “quitting” most of these companies on Jan. 19, 2017, the day before he was sworn in as the nation’s 45th president.

After taking office, Trump opted against Office of Government Ethics recommendations that he divest his holdings. Instead, he transferred day-to-day management of most of the companies to his sons Eric and Donald Jr., who pledged they’d keep work and the White House separate. They haven’t, however.