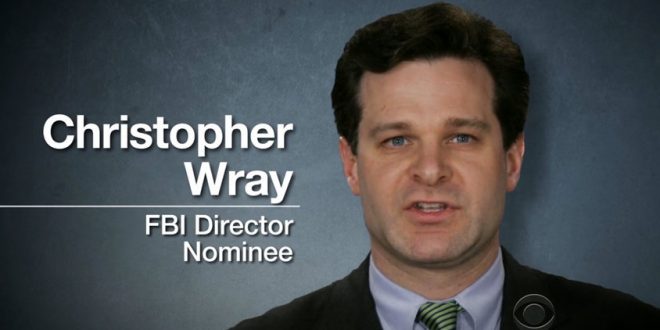 On paper, Christopher Wray appears to be an excellent choice to serve as the next FBI director. He has “impeccable” academic credentials (Yale law school) and has had a decades-long distinguished career as a federal prosecutor and high-level official in the Department of Justice.

As the criminal defense lawyer for New Jersey Gov. Chris Christie during the “Bridgegate” investigation, he did raise some eyebrows when it was learned that one of Christie’s “missing” cellphones mysteriously ended up in Wray’s possession, but this is unlikely to derail Wray’s confirmation.

The most troubling issue that Wray may face is the fact that his law firm — King & Spalding — represents Rosneft and Gazprom, two of Russia’s largest state-controlled oil companies.

Rosneft was prominently mentioned in the now infamous 35-page dossier prepared by former British MI6 agent Christopher Steele. The dossier claims that the CEO of Rosneft, Igor Sechin, offered candidate Donald Trump, through Trump’s campaign manager Carter Page, a 19% stake in the company in exchange for lifting U.S. sanctions on Russia. The dossier claims that the offer was made in July while Page was in Moscow.

If Wray were to be confirmed by the Senate, Democrats would surely demand that he recuse himself from the Russia investigation.