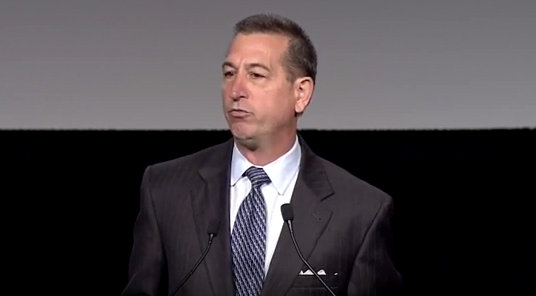 In announcing the appointment of Joseph Otting to a key treasury job on Monday, the White House Press Office trumpeted his credentials, noting that he was a graduate of the School of Credit and Financial Management at Dartmouth College.

According to Bloomberg, Otting’s biographical information frequently lists him as a Dartmouth graduate, but the School of Credit and Financial Management is actually a continuing-education program for financial executives that once operated on the Dartmouth campus. Otting graduated from the program in 1992, but it has no affiliation with the college.

Otting’s role at the Treasury will be to enact Trump’s promise to roll back banking regulations.

Previous Trump Vows “100%” That He’d Testify Under Oath That He Didn’t Lie About All Those Things He Lied About
Next NEW YORK: Attorney General Opens Probe Into That “Trumps Stealing From Kids With Cancer” Thing