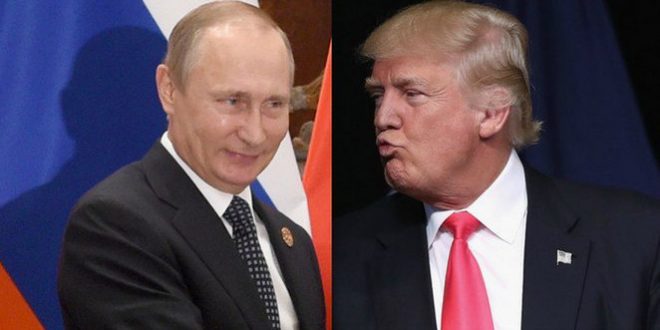 Trump To Meet With Putin At G20 Summit

President Donald Trump will meet with Russian President Vladimir Putin next week at the G20 summit, the White House confirmed Thursday. Trump’s highly-anticipated first meeting with his Russian counterpart will come on the sidelines of the summit in Hamburg, Germany, National Security Advisor H.R. McMaster told reporters in an off-camera briefing.

McMaster, joined by National Economic Council Director Gary Cohn, declined any further details on what might be discussed — dodging questions about if Russia’s interference in the 2016 U.S. presidential elections would be on the table.

“It’s really going to be whatever the president wants to talk about,” McMaster said, with Cohn adding that the agenda is still being setup and finalized. It is unclear whether the tete-a-tete will be a pull aside or a fully fledged bilateral meeting.