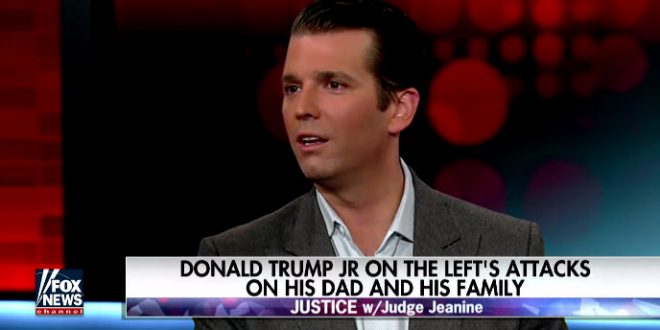 From the right wing Newsmax:

Donald Trump Jr. said Saturday that former James Comey’s testimony “vindicated” his father and said that the former FBI director had “proven himself to be a liar.”

“He has proven himself to be a dishonest man of bad character,” Trump Jr. told Jeanine Pirro on Fox News. “They spent 10 months chasing a rabbit down a hole with the sole purpose of taking down my father.