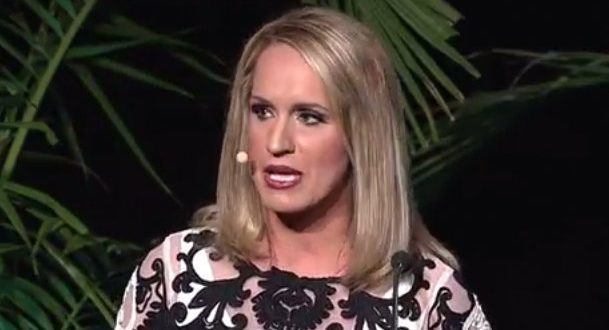 One of President Trump’s most ardent defenders during his 2016 campaign is considering a run for Congress should Rep. Diane Black, R-Tenn., choose to run for governor. Scottie Nell Hughes, who became a fixture during the 2016 as a CNN contributor and passionate Trump supporter, says she is being urged by top Republicans and activist groups to run if Black seeks the governorship.

“I was first approached just days after election night as the rumors of Congresswoman Black running for Governor of Tennessee were already swirling,” Hughes told the Washington Examiner. Black, who currently chairs the powerful House Budget Committee is reportedly mulling a gubernatorial bid but has yet to announce her intentions for the 2018 cycle. Currently, Hughes serves as the spokeswoman for the Committee to Defend the President.

You may recall SNL’s delicious riff on Hughes.

Previous Pastor Bad Wig Prays Away Impeachment: “Obstruction Of Justice, Melt Away In Jesus Name!” [VIDEO]
Next AG Jeff Sessions: Any Suggestion That I Colluded With Russia Is An “Appalling And Detestable Lie” [VIDEO]