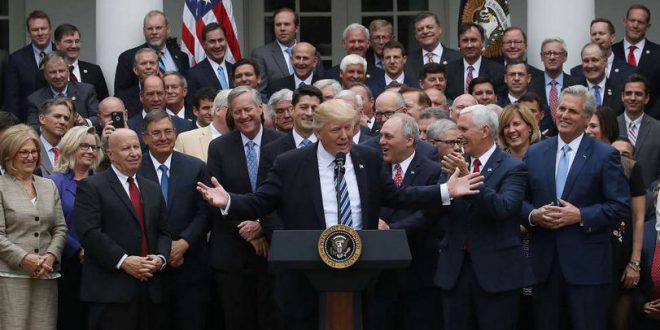 President Donald Trump told Republican senators Tuesday that the House-passed health care bill is “mean” and urged them to craft a version that is “more generous,” congressional sources said.

The president’s comments, at a White House lunch with 15 GOP senators, came as Senate Republican leaders’ attempts to write their own health care package have been slowed by disagreements between their party’s conservative and moderates.

Trump’s remarks were a surprising critique of a Republican-written House measure whose passage he lobbied for and praised. At a Rose Garden ceremony minutes after the bill’s narrow House passage, Trump called it “a great plan.”