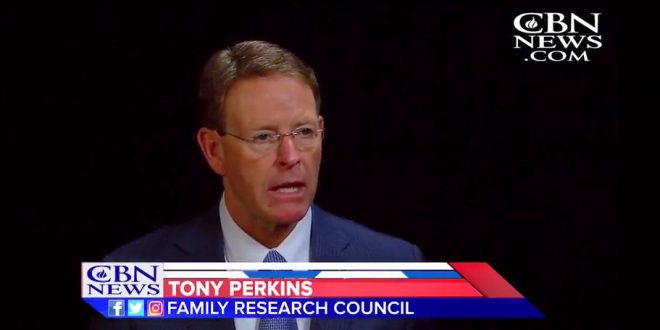 It’s rare to get good news from the courts these days, but in Mississippi, Governor Phil Bryant (R) got exactly that. Before the ink had even dried on his Protecting Freedom of Conscience from Government Discrimination Act, a group of liberal activists at the ACLU filed suit.

In one of the more ironic parts of the case, the group went to court — not over what had happened under the law but what might happen if Christians could opt out of ceremonies or jobs that violated their faith. That speculation was enough for a lower court judge, Carlton Reeves, to block the measure from taking effect.

Fortunately, the Fifth Circuit Court of Appeals doesn’t base their judgements on speculation, but on facts. And yesterday, a panel unanimously overturned Reeves, arguing that the plaintiffs didn’t even have the standing necessary to sue.

Governor Bryant, who was the picture of courage in passing the bill last year, felt vindicated. “As I have said all along, the legislation is not meant to discriminate against anyone, but simply prevents government interference with the constitutional right to exercise sincerely-held religious beliefs.”

Under H.B. 1523, no one is allowed to “discriminate” — not against same-sex couples and not against Christians. All the law does is ensure that the government can’t punish someone for their natural views on marriage or sexuality.

There’s no fine print giving people the right to deny services, despite the Left’s bogus propaganda. If coexistence is the goal, then this law provides the path. Alliance Defending Freedom’s Kevin Theriot agrees with us that Mississippians shouldn’t have to live in fear of losing their careers or businesses simply for believing in natural marriage.

Unlike other cases, which have been about the law’s merits, this was about the group’s standing. In order to sue, the ACLU needed to establish an injury, and all the activists could come up with was that they felt “stigmatized” and insulted because of the law.

Thanks to the Fifth Circuit, Mississippi’s law still stands. And, maybe just as importantly, liberals were held in check. Like the rest of America, these judges are probably tired of the Left trying to push agendas through the courts that they can’t pass legislatively!

As you can see and as always, Perkins is flat-out lying about the law. From the New York Times:

According to a legal analysis released last year by Columbia University, the Mississippi law would, among other things, allow government clerks to opt out of certifying same-sex marriages (though only if the marriage is not “impeded or delayed” by their decision) and allow businesses to deny wedding-related services to same-sex couples if their marriage contravened “a sincerely held religious belief or moral conviction.”

It would allow religious organizations to engage in job and housing discrimination against L.G.B.T. people; allow public school counselors to refuse to work with L.G.B.T. students; and potentially force child-welfare agencies to place L.G.B.T. children with anti-gay foster or adoptive parents.

The law also contains provisions that could potentially affect single heterosexual people. “For example,” the authors of the analysis wrote, “it would allow a religious university to fire a single mother working in its cafeteria, who supports her children on her own, because the university has a religious opposition to sex outside marriage.”