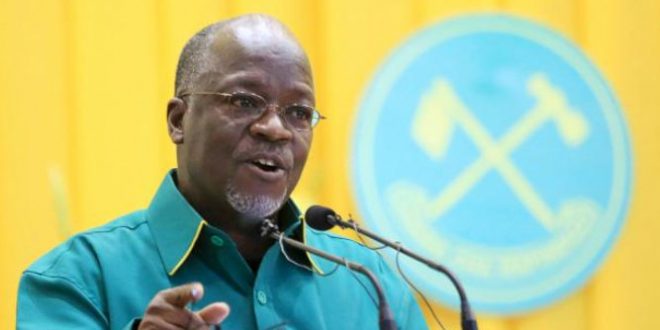 TANZANIA: Government Vows To Arrest All Gay Activists Because Even Cows Disapprove Of Homosexuality Tanzania has threatened to arrest and deport those campaigning for gay rights and de-register organisations protecting homosexual interests, local media reported Monday. “I would like to remind and warn all organisations and institutions that campaign and pretend to protect homosexual interests … we are going to arrest whoever is involved and charge them in courts of law,” the state-owned Daily News quoted Interior Minister Mwigulu Nchemba as saying.

In the country’s latest attack on its homosexual community, Nchemba also said foreigners involved in such campaigns would be “deported within no time … they will not have even the time to unplug their mobile phones from the socket.” “Those who are interested in homosexuality should go and live in countries that entertain such businesses. If there’s any organisation in the country that supports and campaigns for homosexuality … it shall be deregistered.”

Nchemba’s comments come just days after President John Magufuli [photo] slammed NGOs who campaign for gay rights, saying they should be countered even if this meant losing foreign aid. “Those who teach such things do not like us, brothers. They brought us drugs and homosexual practices that even cows disapprove of,” Magufuli said in a speech last Thursday.

Homosexual acts between men are currently punishable in Tanzania by up to 30 years in prison. There are no laws against sex between women. Earlier this year the government closed all HIV clinics for “promoting homosexuality” and vowed to publish a list of “known gay men.”

Tanzania, population 52 million, became independent from the United Kingdom in 1962. Christianity is the dominant religion and about one-third are Muslim. President Magufuli is Catholic.

Tanzania gets nearly $600M annually in US foreign aid, more than any other African nation except Egypt, which gets $1.5B, and Nigeria, which gets $700M.