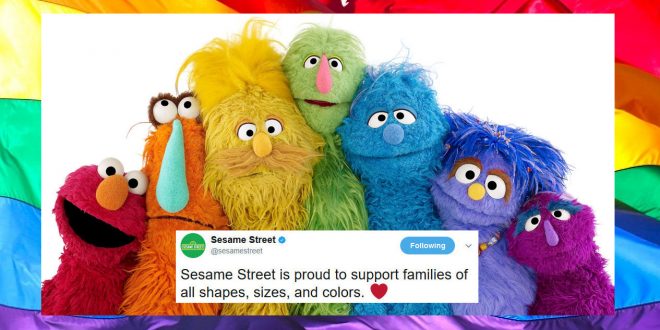 Yesterday the Sesame Street team tweeted out the above image to their nearly two million followers, many of whom responded with utter joy.

As you may know, last month Trump budget director Mick Mulvaney cited Big Bird in defense of his proposal to cut the entire budget for the Corporation For Public Broadcasting. And of course, he had it all wrong. From Variety:

“I can assure you that Big Bird makes more money than everyone in this room,” he said at a House budget hearing on Wednesday. His argument: The amazing popularity of “Sesame Street,” and its merchandising bonanza, is reason that public broadcasting can survive on its own, without government funding. Mulvaney, however, appears to be conflating several different things.

In recent years the federal government has provided about $445 million annually to the Corporation for Public Broadcasting, a private non-profit tasked with distributing grants to public broadcasting, primarily stations, with a much smaller slice of their outlay going directly to PBS for programming costs.

Mulvaney also seemed to suggest that the entity behind “Sesame Street” was a “for-profit corporation, and it does extraordinarily well,” and he went on to cite Henson Associates, also known as The Jim Henson Company, and The Walt Disney Company.

“Sesame Street” is produced by Sesame Workshop, a non-profit educational entity. It does not receive direct funding from CPB, but it has in the past. CPB was one of the original funders of “Sesame Street” when it began in 1969.  Now the production costs are underwritten by HBO, which gets the first run of the show before airing later on PBS stations.

Sesame Street is proud to support families of all shapes, sizes, and colors. ❤️ pic.twitter.com/H3uzD5XwUu