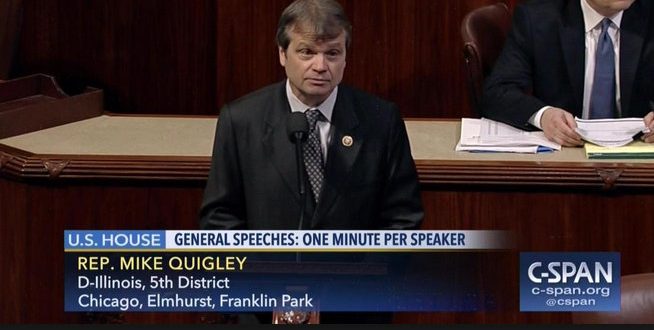 This bill codifies vital guidance from the National Archives by amending the Presidential Records Act to include the term “social media” as a documentary material, ensuring additional preservation of presidential communication and statements while promoting government accountability and transparency.

“In order to maintain public trust in government, elected officials must answer for what they do and say; this includes 140-character tweets,” said Rep. Quigley. “President Trump’s frequent, unfiltered use of his personal Twitter account as a means of official communication is unprecedented.

If the President is going to take to social media to make sudden public policy proclamations, we must ensure that these statements are documented and preserved for future reference. Tweets are powerful, and the President must be held accountable for every post.”

President Trump’s tweets frequently make national news and are a topic of everyday conversation, including deciphering the meaning behind his tweet using the previously unheard of term, “covfefe.”

While his personal account has become the de facto account for government business, it is unclear as to whether or not it would be archived in the same manner as the official @POTUS account under the Presidential Records Act.