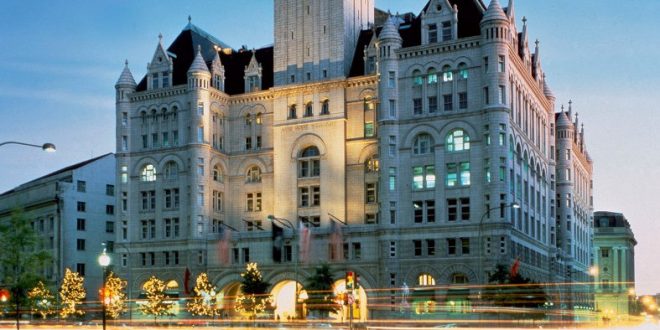 President. Candidate. Businessman. Three of President Donald Trump’s roles converge next week as he holds his first re-election fundraiser at his hotel in Washington. Trump can see the Trump International Hotel from the White House lawn, making it a premier and convenient location for the June 28 major-donor event, his campaign director Michael Glassner said.

But the choice also raises ethics questions, according to conflict of interest attorneys who have been critical of Trump’s decision not to cut financial ties with his global business empire. Kathleen Clark, a former ethics lawyer for the District of Columbia, said that while not illegal or even unusual for Trump, it’s a bold example of self-dealing that deeply concerns some Americans.

“It’s another example of him trying to get a twofer, promoting his brand through his campaign or his government work,” she said. Norman Eisen, who served as President Barack Obama’s lead ethics attorney, said Trump is “becoming more and more brazen in his efforts to monetize the presidency.”