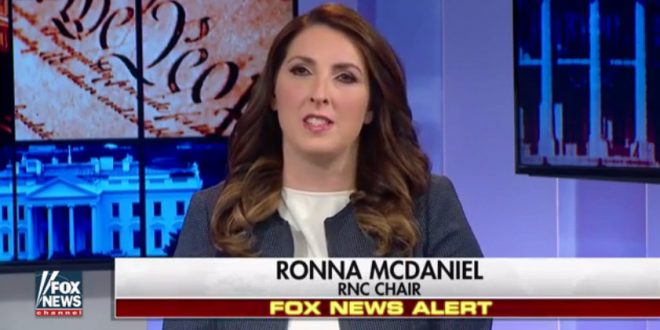 RNC Chair: Nobody Likes The GOP’s Trumpcare Bill Because “The Plan’s Not Fully Out There Yet” [VIDEO]

When host Neil Cavuto pointed out that the Senate bill has just a 17 percent approval rating, McDaniel responded, “Well the plan’s not fully out there yet,” and stressed that “Republicans are working to make sure the patient-doctor relationship is restored.”

“Voters need to know that Republicans are working hard to solve this problem,” she added. “It’s unfortunate that Democrats have no interest in solving a problem they created.”

Previous REPORT: Netflix Develops Tales Of The City Update
Next Chaffetz: They Don’t Pay Me Enough To Stay [VIDEO]