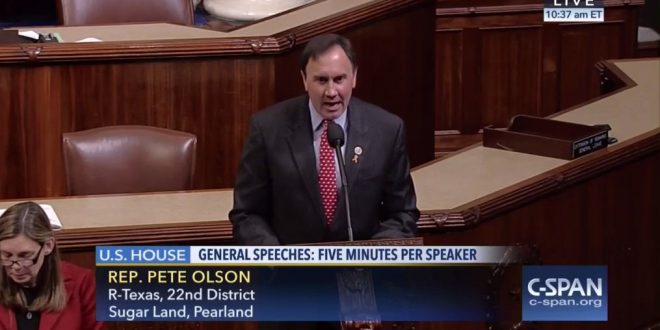 “I guarantee you, they had a conversation and he basically said, ‘Mrs. Lynch, call your attack dog off. We have killed people. We killed Vince Foster, we destroyed Webb Hubbell, we will destroy you’.” – Republican US House Rep. Pete Olson, telling a right wing radio host that when Bill Clinton met Loretta Lynch on that airport tarmac, he threatened to have her murdered if she didn’t tell former FBI Director James Comey to leave Hillary alone. Listen below.

Previous RUSSIA: Vice News Reports From Inside The Chechen Prison Where Gays Were Tortured And Killed [VIDEO]
Next Armed Russian Jet Menaces US Spy Plane