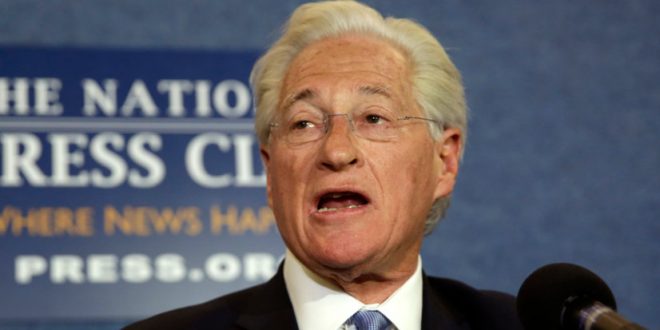 REPORT: Trump’s Personal Lawyer Has Been Bragging That He Got Former US Attorney Preet Bharara Fired

Marc Kasowitz, President Donald Trump’s personal lawyer in the Russia investigation, has boasted to friends and colleagues that he played a central role in the firing of Preet Bharara, the United States Attorney for the Southern District of New York, according to four people familiar with the conversations.

Kasowitz told Trump, “This guy is going to get you,” according to a person familiar with Kasowitz’s account. Those who know Kasowitz say he is sometimes prone to exaggerating when regaling them with his exploits. But if true, his assertion adds to the mystery surrounding the motive and timing of Bharara’s firing.

New presidents typically ask U.S. attorneys to resign and have the power to fire them. But Trump asked Bharara to stay in his job when they met in November at Trump Tower, as Bharara announced after the meeting.