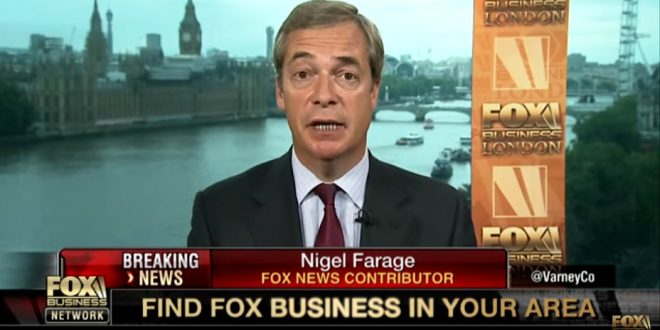 Nigel Farage is a “person of interest” in the US counter-intelligence investigation that is looking into possible collusion between the Kremlin and Donald Trump’s presidential campaign, the Guardian has been told.

Sources with knowledge of the investigation said the former Ukip leader had raised the interest of FBI investigators because of his relationships with individuals connected to both the Trump campaign and Julian Assange, the WikiLeaks founder whom Farage visited in March.

WikiLeaks published troves of hacked emails last year that damaged Hillary Clinton’s campaign and is suspected of having cooperated with Russia through third parties, according to recent congressional testimony by the former CIA director John Brennan, who also said the adamant denials of collusion by Assange and Russia were disingenuous.

“If you triangulate Russia, WikiLeaks, Assange, Trump associates, person who comes up with the most hits is Farage." https://t.co/3asdNFEDhN

Previous UTAH: State Forced To Defend Same-Sex Marriage Against Man’s Relentless Campaign To Marry His Laptop
Next Trump Administration Moves To Hand Back Russian Compounds Confiscated By Obama For Espionage