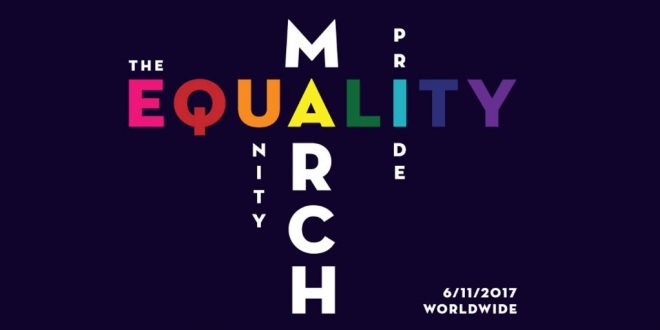 Organizers of D.C.’s annual Capital Pride parade and festival scheduled for June 10 and 11 and more than a dozen related events such as dance parties, art exhibits and D.C. Latino Pride events that began June 3 were expected to draw as many as 200,000 people or more from the Mid-Atlantic region.

And with the national Equality March for Unity and Pride scheduled to kick off near the White House on Sunday, June 11, many local activists say the total number of people participating in all of these events could swell to several hundred thousand or more.

As of early this week, organizers of the Equality March said they were uncertain about how many people would turn out for that event and continued to make appeals to supporters for financial contributions to pay for the logistical arrangements needed for a rally on the Mall, where the march will end.

There’s much more at the link including a listing of other March and Pride-related events. March organizers continue to seek donations and volunteers.

NOTE: If you’ll be in DC this weekend, we’ll be doing an informal JMG meetup at Town nightclub’s Bear Happy Hour around 8PM tomorrow (Friday). Once we have details about the lineup locations for Sunday’s march, I’ll post them here.

UPDATE: I’ve learned that Bear Happy Hour will start an hour earlier than usual at 5PM and doors will close to further entries at 8:30PM. Plan accordingly.