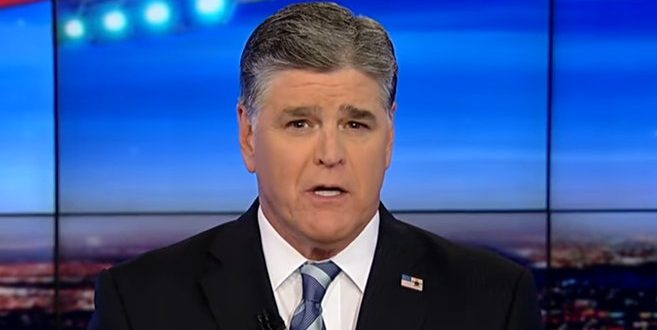 On Monday night, Sean Hannity went after MSNBC host Rachel Maddow, calling her MSNBC’s “top conspiracy theorist.” In a new segment where he calls out “liberal conspiracy theorists,” he began by re-airing the clip of Chris Matthews, or as Hannity calls him “Mr. Thrill Up His Leg,” admitting that the Trump-Russia conspiracy that “pursuers” kept pushing “came apart” after the James Comey hearing. Hannity then asked his audience, “Who are these so-called ‘pursuers’?” and answered his own question by saying, “Matthews needs to look no further than his colleague Rachel Maddow.”

Previous REPORT: Russian Attack On US Election Systems More Widespread That Previously Known, 39 States Hit
Next REPORT: Trump’s Personal Lawyer Has Been Bragging That He Got Former US Attorney Preet Bharara Fired