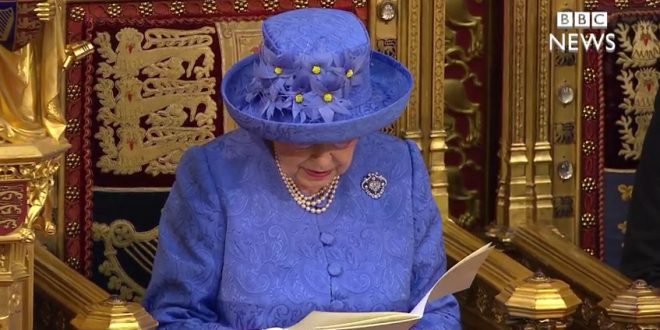 Queen Elizabeth II has vowed the UK will protect people based on sexual orientation. The Conservative party, in an attempt to claw back after their failed bid to win a bigger majority in the UK election, has agreed to work with the homophobic DUP from Northern Ireland.

Written by the Government, the Queen’s Speech was heard moments ago. It centered around securing Brexit and bringing in replacement laws needed for EU exit. But it did include a part that appears to be a direct comment on the Conservatives working with the controversial Northern Ireland party.

The Queen said: ‘My government will make further progress to tackle the gender pay gap and discrimination against people on the basis of their race, faith, gender, disability or sexual orientation.’

The mention occurs just after the 26-minute mark below. The full text of the speech as delivered is here.