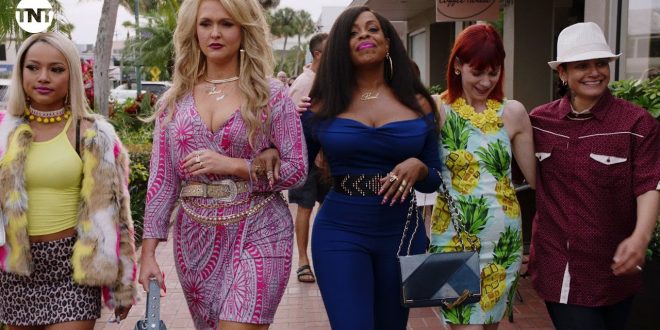 One Million Moms Vs TNT’s Claws

This is their second attack on the show. Via email from Monica Cole:

TNT’s new summer program, “Claws,” has an extremely graphic plot like none we have ever seen. “Claws” airs on Sunday evenings at 9:00 p.m. You can be assured with a MA – LSV rating, it is not appropriate for television.

Originally, this so called “comedy” was to air on HBO with thirty-minute episodes, but now airs on TNT for one hour on Sunday evenings when children and teens are still awake. This new program goes where no other show has gone.

This dark show can make viewers sick to their stomachs with the disgusting content so feel free to skip the bulleted points and go straight to the take action. If you need more details before taking action, continue reading details below.