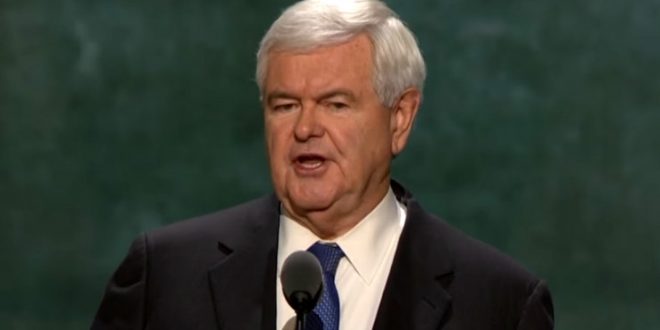 Gingrich: Presidents Are Immune From Obstruction Charges (Voted To Impeach Clinton For Obstruction)

With President Donald Trump blasting reports that he is under investigation for possible obstruction of justice, Trump ally and former House Speaker Newt Gingrich said any charge wouldn’t stick for one simple reason.

Gingrich’s statement brought a flood of comments on Twitter that obstruction of justice was part of the impeachment proceedings he led against former President Bill Clinton. In 1998, Gingrich voted for an impeachment article that charged Clinton with obstruction.