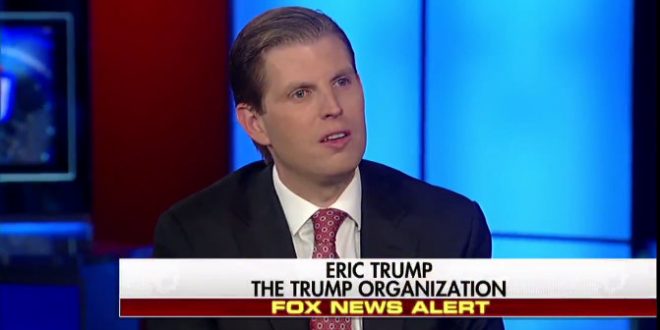 The New York attorney general, which has been investigating the Donald J. Trump Foundation for months, is now looking into the Eric Trump Foundation, after a report in Forbes exposed practices that seem to violate state laws.

There are plenty of things for the attorney general to investigate, according to Marcus Owens, who used to run the nonprofit division of the IRS.

For starters, the Donald J. Trump Foundation apparently donated $100,000 to the Eric Trump Foundation, which in turn paid a Donald-Trump owned property. Leaders of private foundations are prohibited from using charity money to benefit their own businesses.