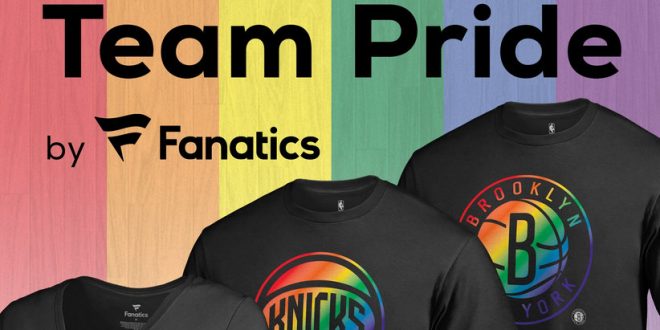 Stand by for the usual ranting sadz. Via press release from the NBA:

In celebration of LGBTQ Pride Month, we’re excited to announce a collaboration between the NBA & WNBA, GLSEN, and our retail partner, Fanatics, where fans can choose from an exclusive line of Pride T-shirts featuring any NBA or WNBA team logo, with a portion of the proceeds benefiting GLSEN. The league will also donate $10,000 to help support GLSEN’s efforts to create safer and more inclusive school environments for all students.

The NBA and WNBA will also have a float in New York City’s Pride parade.

Previous Kellyanne Conway Trashes Comey Ahead Of Senate Testimony: He Hurt The Integrity Of The FBI [VIDEO]
Next US Navy Celebrates LGBT Pride Month