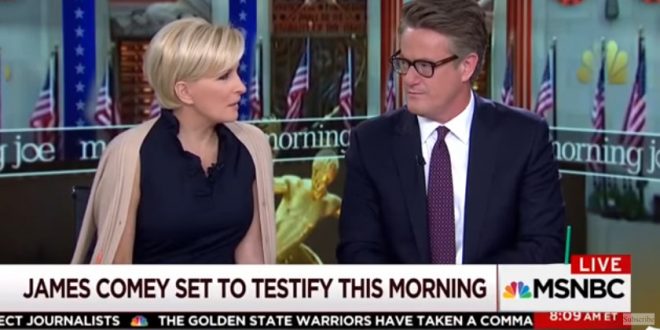 MSNBC’s “Morning Joe” co-host Mika Brzezinski called President Trump a “narcissist” and said it’s possible that he’s “mentally ill in a way” on Thursday, but her fiancee and co-host Joe Scarborough was having none of it. His tapered down behavior comes on the heels of criticism from rival Sean Hannity

“I said it months ago… he’s not well. At the very least he’s not well and he’s so narcissistic that he does not believe the rules apply to him,” Brzezinski said. “This is a man who says he can grab women anywhere.”

Brzezinski continued to bash the president, causing Scarborough to literally laugh at her. Once she realized her co-host wasn’t paying attention, Brzezinski declared, “Nothing I have said is crazy.”