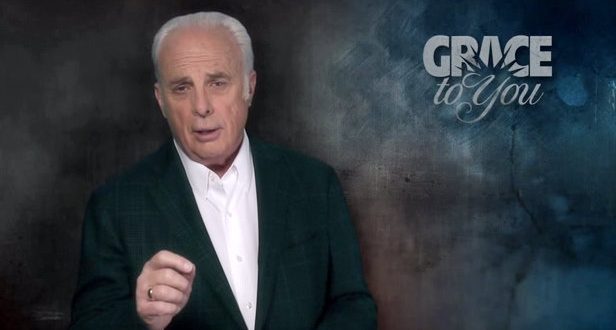 The megachurch pastor who called the Obergefell ruling “the greatest act of terror on American soil since 9/11” is back with more reasonable Christian philosophy. Hemant Mehta reports at The Friendly Atheist:

Pastor John MacArthur responded to a question about whether a gay Christian could go to Heaven by saying gay people didn’t exist. “No one is gay. People commit adultery, they commit sins of homosexuality, they lie, they steal, they cheat. That’s like saying, ‘You know, I keep robbing banks, but I’m a robber. I’m a bank robber. What am I gonna do? I’m a bank robber.’ That is not an excuse for what you do. Are there certain kind of impulses that lead people in that direction? Yes. But I think one of the really deadly aspects of this is to let people define themselves as gay.”

Mehta points us to an earlier MacArthur quote about how to treat your gay children:

Wikipedia notes that MacArthur has called the Catholic Church “the kingdom of Satan” and has referred to the Pope as the anti-Christ. MacArthur is the senior pastor at California’s massive Grace Community Church.