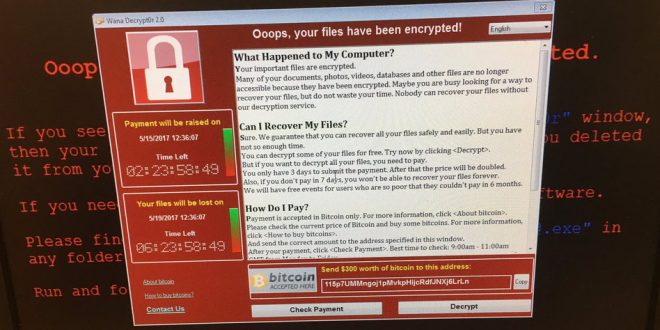 Companies across the globe are reporting that they have been struck by a major ransomware cyber-attack. British advertising agency WPP is among those to say its IT systems have been disrupted as a consequence.

Ukrainian firms, including the state power company and Kiev’s main airport were among the first to report issues. The Chernobyl nuclear power plant has also had to monitor radiation levels manually after its Windows-based sensors were shut down.

Experts suggest the malware is taking advantage of the same weaknesses used by the Wannacry attack last month. Andrei Barysevich, a spokesman for security firm Recorded Future, told the BBC that it had seen the malware for sale on many forums over the last 12 months.

A ransomware attack hit computers across the world on Tuesday, taking out servers at Russia’s biggest oil company, disrupting operations at Ukrainian banks, and shutting down computers at multinational shipping and advertising firms.

Danish shipping giant A.P. Moller-Maersk, which handles one out of seven containers shipped globally, said the attack had caused outages at its computer systems across the world on Tuesday, including at its terminal in Los Angeles.

The first reports of organizations being hit emerged from Russia and Ukraine, but the impact quickly spread westwards to computers in Romania, the Netherlands, Norway, and Britain. Pharmaceutical company Merck & Co said its computer network had been affected by the global hack.