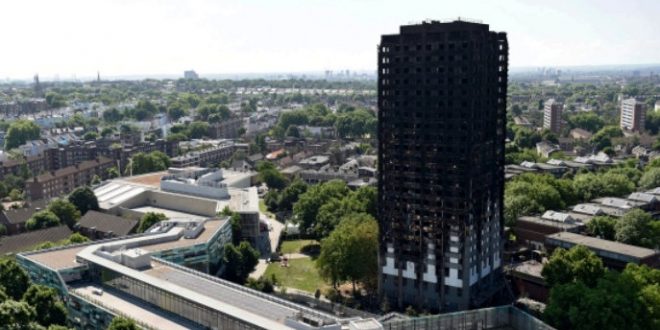 The Grenfell Tower fire in London started in a fridge-freezer, and outside cladding and insulation failed safety tests, police say. The Metropolitan Police say manslaughter, health and safety, and fire safety charges will be considered. A total of 79 people are feared dead after the blaze destroyed 151 homes in the Kensington tower block and nearby.

Meanwhile, the government has ordered immediate testing of the Hotpoint fridge-freezer that was involved in the Grenfell fire. The model was manufactured between 2006 and 2009. Whirlpool, which acquired the Hotpoint brand in 2014, said: “We offer our most profound condolences to the victims, those who have lost loved ones, homes, and possessions, and to their friends and families.”

The manufacturer of the insulation used in the £8.6m refurbishment of Grenfell Tower has announced the material will no longer be supplied for use in cladding on high-rise buildings. Celotex said it was stopping the supply of Celotex RS5000 for rainscreen cladding systems in buildings over 18 metres tall “with immediate effect, including in respect of ongoing projects, pending further clarity”.

Crown Prosecution Service figures last year showed that 19 companies had been charged with corporate manslaughter since the law was introduced in 2007. There were 15 guilty verdicts, with fines ranging from £50,000 to £700,000, three acquittals and one case yet to come to trial. New sentencing guidelines introduced last year were expected to lead to higher fines for larger companies convicted of the most serious regulatory breaches.

Prior to the fire, tenants had complained that the building’s faulty wiring was causing appliances to spark.