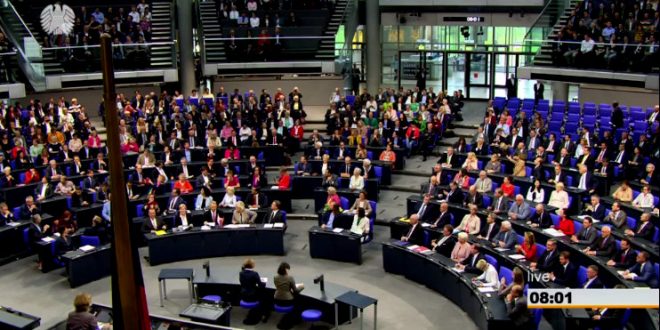 Germany’s Bundestag is about to vote on same-sex marriage. The first vote this morning will be to put the issue on the day’s agenda and the second vote is expected to follow within the hour. Watch below. Here’s how this came about so quickly:

The way was paved for a vote on Monday night when Merkel said she wanted the issue to become one of “conscience,” suggesting that she would allow a free vote among her own divided party.

Her Social Democrat rival for the role of chancellor, Martin Schulz, pounced on Merkel’s comments the next day, advocating an immediate vote in parliament, before September’s elections.

The bill was put on the agenda for the last day before the summer break by the center-left Social Democrats (SPD), the Greens and the Left party. Merkel’s CDU/CSU bloc has criticized the SPD’s move, saying that they had previously agreed not to hold a parliamentary vote on the issue during their coalition.

If the below live-stream doesn’t work, try here.