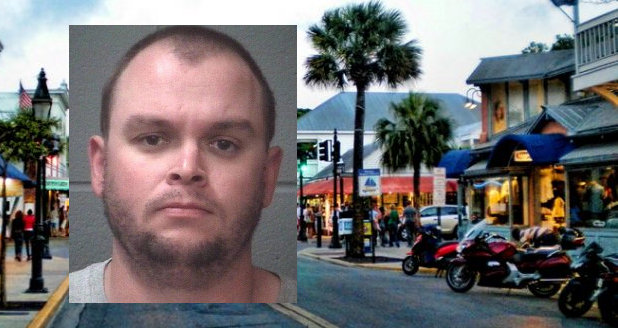 A Florida Keys judge refused to give jail time to a North Carolina man who admitted to assaulting a couple with gay slurs, threats and knocking one off his bicycle by ramming his scooter into him.

“I landed on my feet, that was the luck of it,” Seymour said Wednesday, after the hearing in which Davis received four years probation, 75 hours of community service and was banned from tasting alcohol for two years.

“My heart goes out to you guys, every bit of it,” Davis said to Taylor and Seymour, who were seated in the front row behind the prosecutor’s table. “I’m asking you to come put your arms around me, take my hand.” The two men were silent.

Davis had reportedly followed the couple for five blocks after the initial encounter, threatening to “cut that faggot body up” if they called the police.