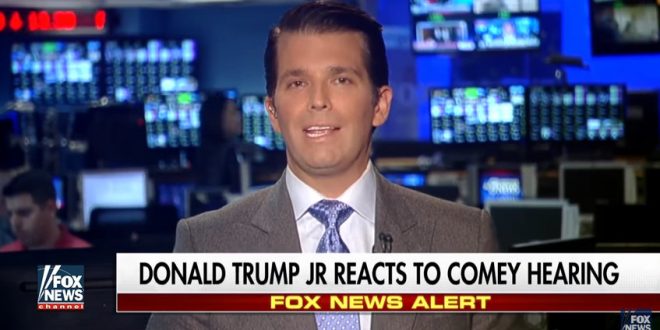 Junior To Hannity: This Is All Totally Over [VIDEO]

Ever seen a boxing match where a fighter gets beaten up, and then raises their hand in triumph as they stagger back to their corner in an effort to convince the judges they actually won?

That, essentially, is what Donald Trump Jr tried to do on Hannity Thursday. On a day that Charles Krauthammer — no friend of the left — declared to be bad for President Donald Trump, Donald Trump Jr. tried his level best to spin, and declare his father to be out of the woods in the Russia probe.

“This has been a ten-month witch hunt,” Trump Jr. said. “This is the only thing that they had on Trump. This is what they did to distract him from being able to get the stuff done that he was ultimately elected to do. And I think now that this is all passed, he can go back to doing what he promised he was gonna do. There’s no clouds. Nothing getting in his way.”