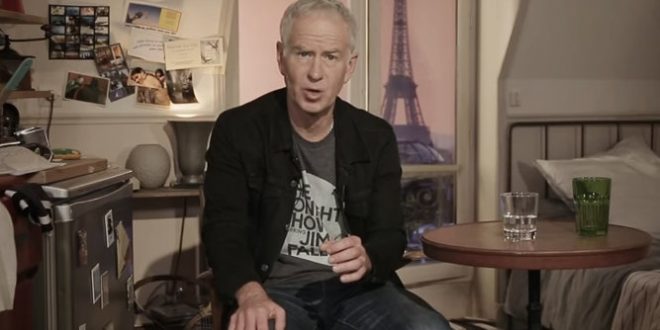 John McEnroe Tears Into Margaret Court: Who Gives A Fuck If Tennis Really Is Full Of Lesbians? [VIDEO]

In the skit released on Saturday night in Paris, McEnroe said Court telling fans that “tennis is full of lesbians” prompted three thoughts to him. “This is true and who gives a f**k? This is not true and who should give a f**k? This is half true and should we really give a f**k?”, he said. “As for renaming the court that bears her name in Melbourne Park, the jury is still out.

“The self-appointed Commissioner of Tennis might have a viable solution: keep the name, and when same-sex marriage finally becomes legal in Australia, I will personally call my good friend Elton John to host the biggest same-sex mass wedding ceremony ever seen in the Margaret Court Arena. “Margaret, that’s the kind of guy I am.”

McEnroe said Court and Ilie Nastase “in the last few weeks, you seem to have brought tennis back into the dark ages”. “So, by the power bestowed upon me as the self-appointed Commissioner of Tennis, I now pronounce you man and wife.”

Previous Trump Doubles Down On “Travel Ban” Language
Next Conway To Media: Stop Being Obsessed With Trump’s Tweets And Report On What He Actually Does [VIDEO]