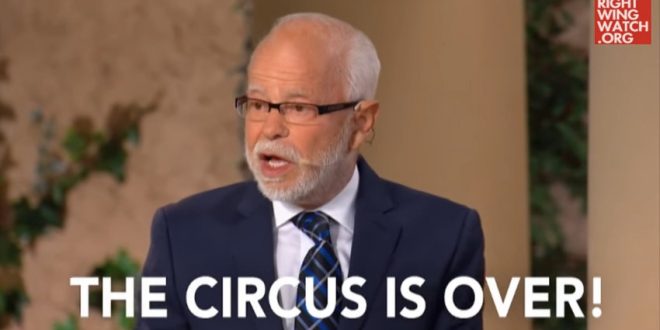 Jim Bakker: God Told Me That The Closure Of Ringling Brothers Circus Is A Sign Of The End Times [VIDEO]

Bakker blamed the Ringling Brothers closure on a nonexistent national law banning elephants from the circus — while a few cities have barred circus workers from using bullhooks, there is no national law against performing elephants — which he contrasted with the legalization of abortion.

The closure of the circus company due to the supposed elephant ban, he said, is a sign from God because the elephant is also the symbol of the Republican Party. Like the circus losing its elephants, he implied, America will fall if it loses Trump.

“Revelation is now, people,” Bakker continued. “Here’s what God spoke to me: The circus is over. Life as we know it, unless we turn back to God, it’s not going to be fun anymore.”