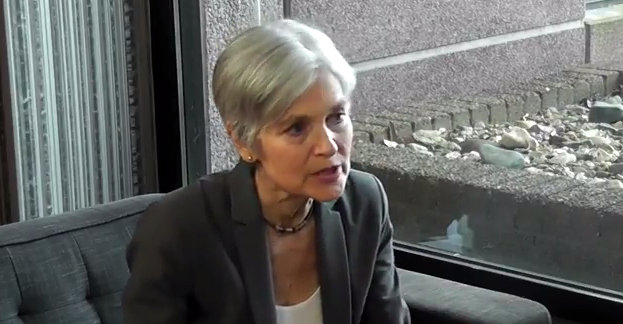 Jill Stein Has No Regrets About Ruining Everything

This morning Politico published a longread interview with Jill Stein. An excerpt:

Had a few thousand votes in key Midwestern states gone to Hillary Clinton instead of Jill Stein, many on the left believe, America might be having a very different conversation today.

Instead, Democrats are still fuming about the role the Green Party nominee may have played in electing Donald Trump—who as president has celebrated the coal industry, promised to pull the United States out of the world’s most important climate agreement and refused to even say whether he believes global warming is real. All of that should be anathema to a party whose founding principles include a commitment to “ecological wisdom.”

So does Stein, with the benefit of hindsight, have any regrets? “I don’t think so,” she tells me by phone from her home in Lexington, Massachusetts. Decrying “fake news,” citing the “sabotage of Bernie Sanders” and talking up the “tremendous” campaign she could have run with more money, Stein is projecting a Trump-worthy level of defiance. “I consider it a great honor that the party and our prior campaign for president is suddenly being attacked outside of an election season,” she says.

The piece goes on to discuss the voting margins in the swing states that threw the election to Trump and Stein’s presence at the dinner table with Putin and Michael Flynn. Interesting stuff, but it might raise your blood pressure.