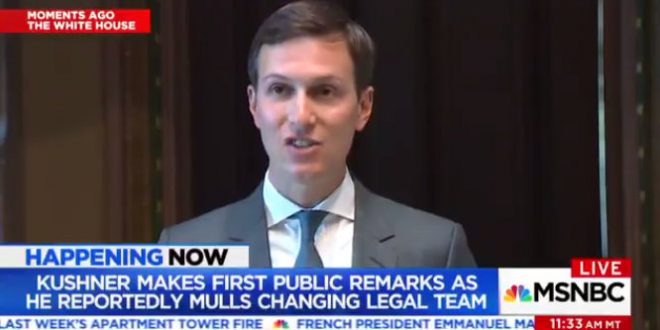 With the government still using floppy disks and checking for Y2K compliance, the private sector’s creativity will help move the Trump administration past the turn of the century, according to Jared Kushner. Major technology executives met with Kushner on Monday to gather ideas for modernizing the government. Kushner, who is also President Donald Trump’s son-in-law, helps lead the White House Office of American Innovation, which he said aims to bring “business sensibility” to the government.

“We will unleash the creativity of the private sector to provide citizen services in a way that has never happened before,” Kushner said. Kushner said that his efforts are not being stymied by bureaucracy. Kushner said he is working with employees on eliminating outdated, unsustainable policies and systems that are as much as 56 years old and have held back departments like the Department of Veterans Affairs and the Defense Department.

He speaks! Have you ever heard Jared Kushner’s voice before? Here you go. pic.twitter.com/QKElf1bynn