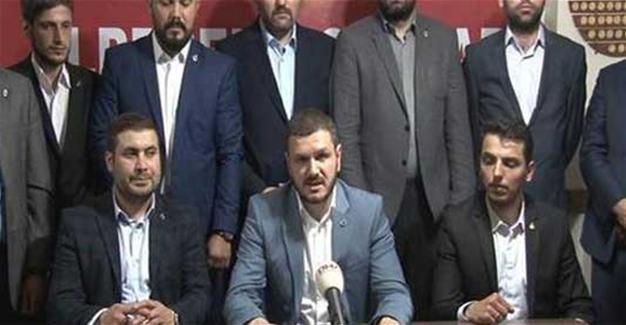 ISTANBUL: Ultra-Nationalists Vow To Disrupt Pride Because Gays Want To Stop Straights From Having Sex

“If the state allows it, we will not. We will not allow them to walk. Wherever they march, we’ll also go. We will close down that street and they will not be able to go there. If we want, our numbers can reach 200,000,” said the organization’s Istanbul provincial head, Kürşat Mican.

Speaking on June 19 during a news program aired on the minor Cultural TV (KRT TV) station, Mican complained that LGBT individuals had “started to organize in every neighborhood … destroying the unity of the family.”

“Their project is to create a structure in every neighborhood. We are warning our intelligence agencies. This is part of a project by capitalist, communist and imperialist powers. By popularizing homosexuality, they want to destroy the unity of family, stop reproduction, end relations between wives and husbands, and prevent children born in such relations from growing up to be propitious to their land and country,” he said.

Istanbul Pride launched in 2003 but was banned last year over “security concerns.” In 2015 the march was dispersed by Turkish police using water cannons, tear gas, and rubber bullets. (See second video below.) The most recent successful march in 2014 drew 100,000 attendees.