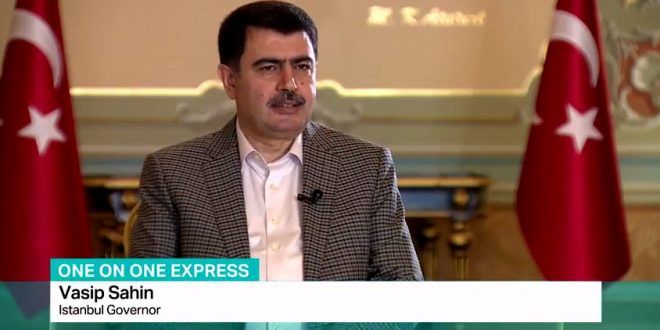 Istanbul’s governor has banned a gay and transgender pride march which was due to take place in the city on Sunday, citing security concerns after threats from an ultra-nationalist group. It will be the second year running that Istanbul’s LGBT march, described in the past as the biggest in the Muslim world, has been blocked by city authorities.

The ultra-nationalist Alperen Hearths group threatened last week to prevent the march if authorities did not act, and the governor’s office said on Saturday that it took its decision out of concern for the security of marchers, tourists and residents.

March organizers said the ban was effectively legitimizing what they called the hate crimes of groups like Alperen Hearths, and urged the governor to reverse the decision. The governor’s emphasis on public order and safety was an effort to distort the image of a planned peaceful march, they said in an online statement headlined: “We are Marching, Get Used to It. We are Here, Not Going Away”.

Earlier this week the ultra-nationalists claimed that the parade was part of the homosexual agenda to stop straight couples from having sex.

Istanbul Pride launched in 2003 but was banned last year over “security concerns.” In 2015 the march was dispersed by Turkish police using water cannons, tear gas, and rubber bullets.  The most recent successful march in 2014 drew 100,000 attendees.