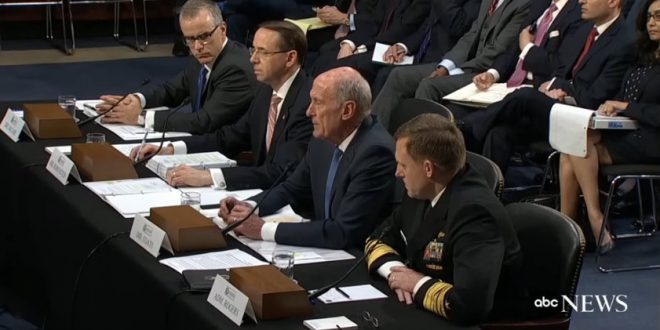 Two of the nation’s top intelligence officials told Special Counsel Robert Mueller’s team and Senate investigators, in separate meetings last week, that President Donald Trump suggested they say publicly there was no collusion between his campaign and the Russians, according to multiple sources.

Director of National Intelligence Dan Coats and National Security Agency Director Adm. Mike Rogers described their interactions with the President about the Russia investigation as odd and uncomfortable, but said they did not believe the President gave them orders to interfere, according to multiple sources familiar with their accounts. Sources say both men went further than they did in June 7 public hearings, when they provided little detail about the interactions.

The sources gave CNN the first glimpse of what the intelligence chiefs said to Mueller’s investigators when they did separate interviews last week. Both men told Mueller’s team they were surprised the President would suggest that they publicly declare he was not involved in collusion, sources said. Mueller’s team, which is in the early stages of its investigation, will ultimately decide whether the interactions are relevant to the inquiry.

Previous Joe Biden At Democratic LGBT Gala: Hold Donald Trump Accountable To His Claim To Be Your Friend [VIDEO]
Next CINCINNATI: City Leaders Vote Unanimously To Rename Street For Jim Obergefell And His Late Husband