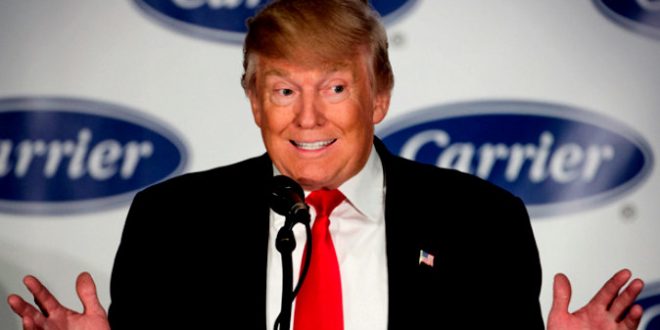 More than 700 jobs that President Trump claimed to have “saved” at a Carrier air conditioner plant in Indiana are going to Mexico — and layoffs at the plant begin next month. Trump turned the woes at Carrier’s heating-and-air conditioning plant into a victory lap for himself and then Indiana Gov. Mike Pence after the Nov. 8 election.

Billing it as heroic intervention to save good jobs — a harbinger of things to come under his leadership — Trump and Pence toured the plant and trumpeted $7 million in incentives for Carrier that would keep most of its factory workers in America.

Trump had also taken credit for getting a promise from United Technologies to invest $16 million into the Indianapolis plant. But that money is actually going toward more automation — which will result in fewer jobs, CNBC noted.