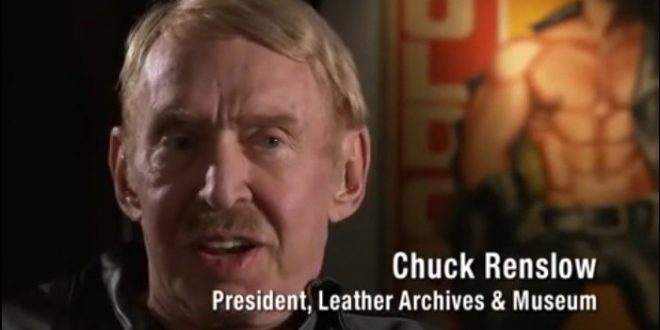 Chuck Renslow, 87, a longtime pillar of the LGBTQ community in Chicago and around the world, has died after multiple long-term health issues. Renslow reigned over a seven-decade empire, starting more than two dozen businesses—bars, discos, photo studios, health clubs, bathhouses, gay magazines and newspapers, hotels, restaurants and bookstores. He fostered organizations and dealt with Mafia and police payoffs, the Chicago Machine, anti-gay government policies, and controversy within the gay community.

Because of his businesses, he also knew celebrities from Marlene Dietrich to Rudolf Nureyev, from Divine to Sally Rand. He even helped with the Kinsey Institute’s sex research. The founder of International Mr. Leather, owner of Man’s Country and the Gold Coast bar, publisher of the GayLife newspaper in the ’80s, political activist, and much more was an out business owner since the ’50s. He was a critical contributor to a wide range of political, social, business, health and other causes.

Hit the link for many photos from Renslow’s lengthy career. The clip below is from 2011.