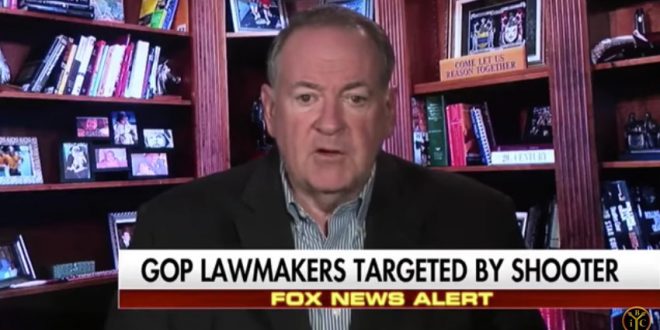 Mike Huckabee: The Virginia Shooting Is Part Of The “Widespread Attempt” To Violently Overthrow Trump

The way former Arkansas Governor Mike Huckabee sees it, this week’s Congressional baseball shooting is all a part of a wider trend of liberals trying to overthrow the government because they can’t accept the results of last year’s presidential election.

“This is a bigger issue,” Huckabee said. “This is an attempt to overthrow the elected government. And I don’t want people to lose sight of the fact that what we’re seeing is not necessarily an organized attempt but a widespread attempt by people who hate the results of the election. Who want to overturn it not by another election, but by violent means. By any means possible!”