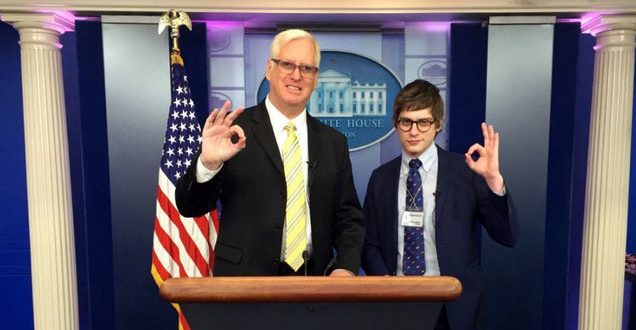 The right-wing website Gateway Pundit was denied a congressional press pass from the Senate Periodical Press Executive Committee on Tuesday, and now plans to appeal the decision to Speaker Paul Ryan.

The committee upheld its previous denial of Gateway Pundit’s application for a press pass, which gives the holder access to certain areas of the Capitol otherwise sealed off from the public, like the press galleries and the Speaker’s Lobby. A congressional press pass is also seen as a precursor for permanent press passes around Washington including to the White House and the Supreme Court.

In its letter to Gateway Pundit, the committee wrote that Gateway Pundit does not meet the rules set out for press credentials, specifically that it does not “regularly publish a substantial volume of news material,” because it mostly aggregates news from other sources; and that founder Jim Hoft identifies himself as an activist when no credentialed outlet is allowed to “engage, directly or indirectly, in any lobbying or other activity intended to influence any matter before Congress” or any agency or department of the executive branch.

The rejection letter notes that Hoft only removed the word “activist” from his online profiles after learning that activists are not granted press credentials. Paul Ryan is not expected to act on Hoft’s appeal.