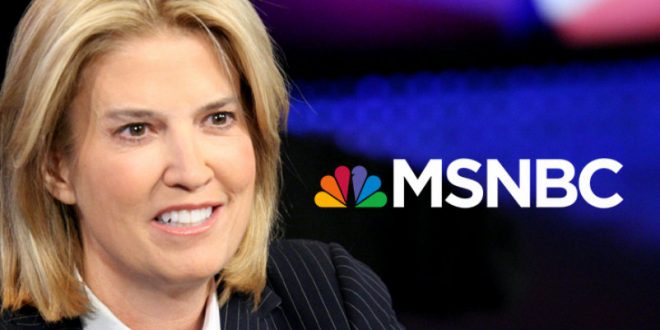 A few days shy of her six-month mark on air, Van Susteren’s business is finished on MSNBC, according to people familiar with the situation. The anchor, whose show struggled to gain traction even as the rest of her colleagues were buoyed by anti-Trump hysteria, has parted ways with the network. She will not appear on the show on Thursday evening. She will be permanently replaced by Ari Melber, the network’s chief legal correspondent and host of the The Point on weekends. He will continue to appear across NBC and MSNBC shows as he takes over the 6 p.m. slot next month.