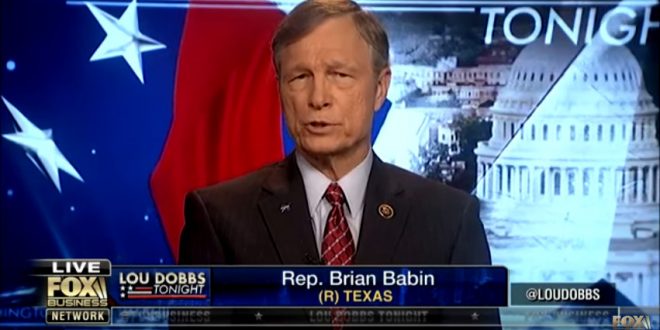 A Republican lawmaker introduced legislation on Tuesday to allow trained members of Congress to carry guns for self-defense in the wake of last week’s shooting at a GOP baseball practice. Rep. Brian Babin (R-Texas) wants to ensure all lawmakers can qualify for concealed-carry permits that could be used in any state, regardless of local laws.

“The tragic events of last week make it clearer than ever that we need to take steps to enable members of Congress to protect themselves,” Babin said in a statement. “With the increase in security threats to members of Congress and our staffs, this is an important and necessary step that we must take.”

The legislation would supersede any other state or federal concealed carry laws, meaning that lawmakers would still enjoy the privilege even if secondary laws state otherwise. This is particularly significant, as the District of Columbia has notoriously strict gun laws that have complicated similar efforts in the past.

Members of Congress would be able to carry a concealed firearm in “federal parks and buildings, the national mall, to and from their offices, at schools and military bases” with just “a few limited restrictions,” according to Babin’s office.

Babin is a member of the far-right Freedom Caucus and opposes civil rights for pretty much everybody except white Christian men. See the bill here.