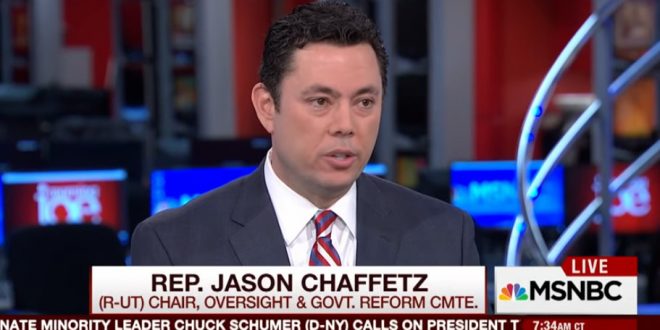 Chaffetz checks out of Congress on Friday and starts his new gig the next day.

Previous DC’s Largest Gay Club Will Close To Become Apartments
Next SURVEY: It Literally Pays To Like The Gays