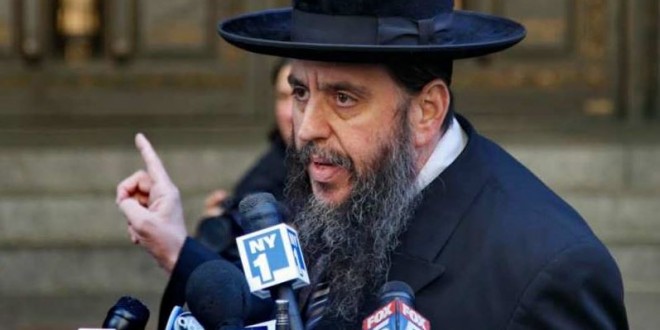 From the extremist Christian site LifeSiteNews:

“To countenance homosexual ‘marriage’ is totally beyond the pale,” Rabbi Yehuda Levin told LifeSiteNews. Levin is a pro-life and pro-family advocate and former representative of both the Jewish Union of Orthodox Rabbis and the Rabbinical Alliance of America.

Levin said homosexual behavior — like other serious sins, such as adultery — rises to the level of a “death penalty offense” in the Old Testament (Leviticus 20:13), to show “how severe of a sin God sees this as.” He said the strong penalty in Scripture was intended to have a “deterrent effect” on the people of Israel, and others.

The above article was written by notorious hater Peter LaBarbera, who attempts to temper Levin’s “death penalty” call with an immediately following parenthetical aside in which LaBarbera claims that “only an insignificant, tiny fraction of a fraction of Jews and Christians support actual capital punishment for homosexuals or adulterers today.”

The article also includes quotes from the viciously anti-LGBT Mass Resistance and from Torah Jews For Decency leader Rabbi Noson Leiter, who in 2015 declared that God sent Hurricane Sandy as “divine justice” to destroy Manhattan as it’s “one of the national centers of homosexuality.”

PREVIOUSLY ON JMG: In 2012, Levin declared that a vote for “homosexualist” Mitt Romney will cause God to send more hurricanes. In 2011, Levin blamed the East Coast earthquake on homosexuality: “One of the reasons that God brings earthquakes to the world is because of the transgression of homosexuality. The Talmud states, ‘You have shaken your male member in a place where it doesn’t belong. I too, will shake the earth.’” That same year he blamed the murder of an eight year-old boy on New York state’s legalization of same-sex marriage. The boy was killed by a heterosexual, divorced observant Jew – but that murder was totally our fault. And of course, also that year Levin marched in NOM’s hate rally in the Bronx which included an onstage call for executing homosexuals.

Previous Kathy Griffin: I Feel Like My Career Is Over [VIDEO]
Next Creationist Ken Ham: There Are No Black People