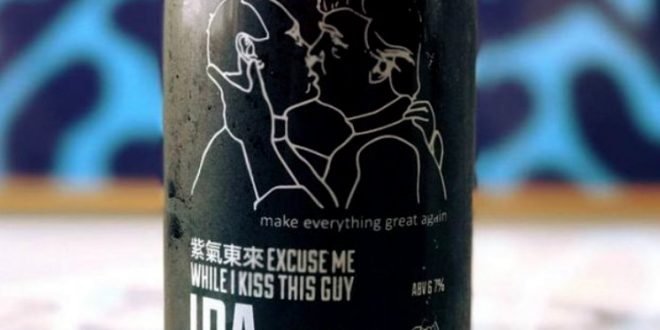 It seems that aside from producing excellent beer the Danish brewery Mikkeller is in possession of a sense of humour as well. And it’s not afraid to ruffle some feathers for a good cause. In collaboration with the Chinese microbrewery Great Leap Brewing, Mikkeller has come up with a beer that may very well irk certain beer drinkers in Russia and the US.

In support of the embattled gay community in Chechnya, its limited ‘Excuse Me While I Kiss This Guy’ IPA features a label image depicting Russian president Vladimir Putin making out with his US counterpart Donald Trump.

“Only four bottles (out of 120 in total) will go on auction with 100 percent of the proceeds going to the Russian LGBT Network in support of Chechen gay rights – this is an IPA that makes an impact!” Mikkeller wrote on Facebook.