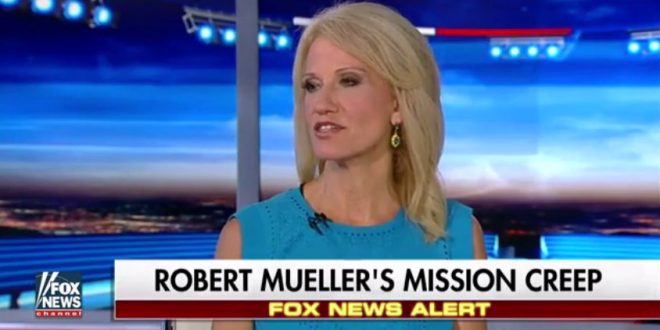 Shocker: Kellyanne Conway, Counselor to President Donald Trump, believes the Russia probe is media and Democratic-driven hype. And Wednesday night on Hannity, the White House Counselor came up with a snappy turn of phrase to try to define, and ultimately, undermine it.

“The media and the Democrats have this Russian concussion,” Conway said. “And they have lost muscle memory to be able function in any other way to talk about anything he’s doing.”

Previous Trump: I Only Want Rich People In Charge [VIDEO]
Next Joe Biden At Democratic LGBT Gala: Hold Donald Trump Accountable To His Claim To Be Your Friend [VIDEO]